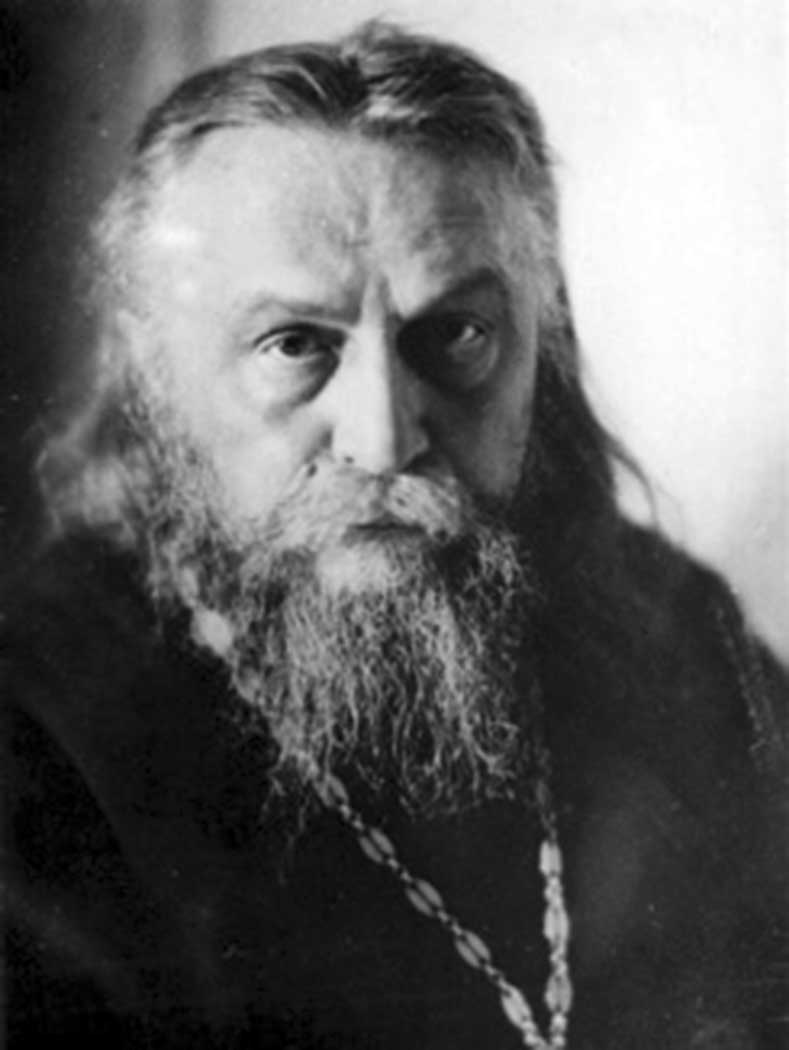 Born into an Orthodox family in 1871, Sergius Boulgakov studied at the seminary of Orel, in western Russia. In 1894, he graduated in law from the University of Moscow, where he took courses in political economy.

He began to take an interest in Marxism and participated in the meetings of the Study Group on Marxism, but deviated more and more from it as he deepened his reading of Karl Marx. More sensitive to the writings of Vladimir Soloviev, Leon Tolstoy and Fyodor Dostoyevsky, he published in 1903 a book which sums up his thought, "From Marxism to Idealism".

He was then considered one of the leaders of the idealist movement and began to write articles on politics and economics in the journals Nouvelle Voie (Новый Путь) and The Questions of Life (Вопросы Жизни). In 1906, he was elected to the Duma under the label of independent Christian Socialists.

Between 1911 and 1917, he directed the editions “La Voie”, which published several works on Orthodox theology. He then devoted himself to two essays which would mark their era: "The philosophy of economics" (Философия хозяйства), in 1912, and "The Light without decline" (Свет Невечерний) in 1917, in which he associated his conception of faith and the sophiology of Soloviev, a conception which aroused a theological controversy.

Ordained priest of the Russian Orthodox Church in 1918, Bulgakov condemns the October Revolution and then publishes "At the banquet of the gods" (На пиру богов), which exposes his criticisms. He went into exile in Crimea during the civil war and published two essays, "Philosophy of the Name" (Философия имени) and "The Tragedy of Philosophy" (Трагедия философии) in 1920. He considers that Christian conceptions cannot be expressed than by dogmatic theology. Tempted then by a common rejection of the political and religious destiny of Russia, he writes "Under the ramparts of Chersonese" which he will not publish and which shows by his rejection of Byzantinism a great proximity with Vladimir Soloviev’s "Russia and the universal Church ". But the rest of his exile cooled his admiration for Catholicism.

In December 1922, he was expelled by the Bolshevik government along with 160 other intellectuals on "the ship of the philosophers". He moved to Prague, where he taught theology at the Russian Research Institute. Two years later he participated in the creation of the Saint-Sergius Orthodox Theological Institute in Paris. He was responsible for it for a while and gave courses in dogmatic theology.

Father Bulgakov died of a stroke on July 12, 1944. He was later recognized for his defense of the ecumenical cause.

His funeral was organized at the Saint-Alexandre-Nevsky cathedral, rue Daru, in Paris.