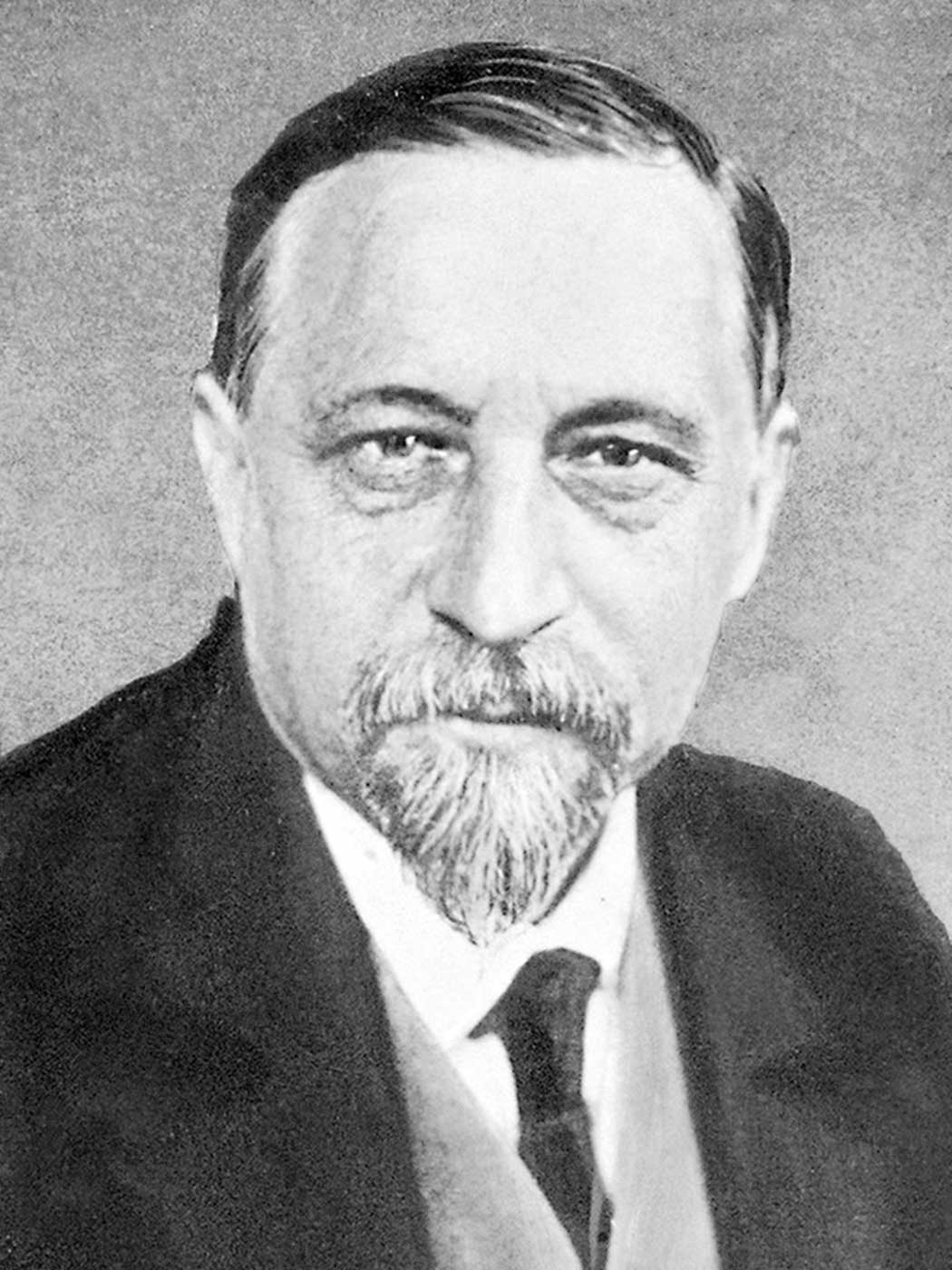 Anton Vladimirovich Kartachov is born in 1875 in the village of Kychtym in the Perm region. He studied at the Seminary of Perm and at the Academy of Theology in Saint Petersburg. After the end of these studies, in 1899, he taught Church History at the Academy of Theology and took an active part in meetings devoted to religious philosophy, under the chairmanship of the Rector of the Academy, Bishop Serge (Stragorodski), with the aim of restoring contacts between representatives of the clergy and the “intelligentsia”. The need for religious liberty, the independence of the Church from State control, and other reforms in the life of the Church were discussed. In 1905 Anton Kartachov left the Academy, considering it to be too conservative. He performed various teaching duties while actively participating in the movement of spiritual and intellectual revival of the Russian Church at the beginning of the century. In 1909 Kartachov became permanent president of the Religious and Philosophical Society of Saint Petersburg. In July 1917 Kartachov was appointed Oberprocurator of the Holy Synod by the provisional government, a title which was quickly changed to "Minister of Worship". By virtue of this high post Anton Kartachov played an essential role in the organization of the Council of 1917-18. In October 1917 he was arrested by the Bolsheviks, along with the other ministers of the provisional government. He was imprisoned for three months. In January 1918 he was released and went to Moscow where he took part in the sessions of the Council, being elected a member of the High Council of the Church. After the dissolution of the Council by the Bolshevik regime, Kartachov leaves Russia and goes to Finland, where he takes part in the attempts to prepare the new government of Russia while awaiting the fall of the Bolsheviks. He develops his ideas on the biblical notion (in the Old Testament) of “theocracy” and the principle of “symphony” between Church and State. He justified it theologically (as it was done in Byzantine times by the Emperor Justinian) by referring to the dogma of the Council of Chalcedon on the union of the two natures in Christ ("without separation or division" and "without mixture or confusion”) in one Divine Person. Later this theory will be challenged by his talented student, Father Alexander Schmemann, when the latter had already emigrated to the United States. Father Alexander specifies that this Byzantine conception of a symphony had in practice developed into a fusion between Church and State and that it was to provoke, after the fall of the Byzantine Empire, feelings of " religious nationalism”… (on this discussion between Kartachov and Schmemann see: A.V. Kartachov, Vozcozdanie Cv. Rusi, Paris, 1956, p. 186-209). How the tragic events currently taking place in Ukraine prove the correctness of Father Alexander's reflections!...

In 1920, after the defeat of the white movement in Russia, Anton Kartachov decided to emigrate to France, where he continued his political activities and his academic teaching: from 1922 to 1939 he taught at the University of Paris, in the Slavic department of the historical-philosophical faculty. He also plays a leading role in the Russian Student Movement (PCXD).

eminent professors and he will teach there the History of the Church. In addition, he took care of the courses on the Old Testament and Hebrew until the end of his life in 1960.

In his lessons on the Old Testament, Anton Kartachov not only limited himself to the literal meaning of the text, but he also sought its typological meaning as the Church Fathers did. Moreover, he was open to scientific criticism of the text, already practized in the academic world. However, such an approach was still considered a novelty in Orthodox circles, and therefore his little book The Biblical Criticism of the Old Testament (published in Russian, Paris, Ymca Press, 1947) aroused vehement protests on the side of many faithful and members of the clergy. Kartachov shared this openness to the scientific study of the Bible, without abandoning the spiritual exegesis of the Holy Scriptures of the Fathers of the Church, with the professor of the New Testament, Bishop Cassian (Bezobrazov).